Gamify your trash.
The stream is not currently live. Next scheduled stream: Can't Draw Horses Club (Join Cori, and a rotating cast of guests as they draw horses and stuff (Horses not Guaranteed). Game: Art Stream) at Mon 01:00 PM PST (1:51 from now). 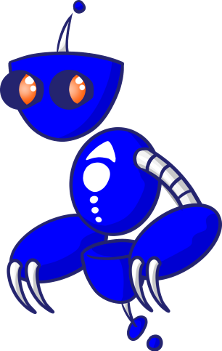 LRRbot is a IRC bot that lives in the LoadingReadyRun Twitch stream chat channel. It responds to a variety of commands, mostly to keep track of various statistics about the stream, like the number of times the streamers have died in each game. It also has an assortment of other informational and/or joke commands, and keeps track of how many people have subscribed each day.

The original LRRbot was made by d3fr0st, as a mIRC script, and quickly grew to the point where it was no longer viable to keep the bot running in a chat client on his local computer.

MrPhlip helped with the conversion of the bot to a new Python framework, and is now the primary developer for the bot.

qrpth has made many contributions to the codebase, and provides the hosting that the bot runs on.

Twisted Pear has made another bot for the channel, Pump19, and some of its features/code have made their way across to LRRbot.

The LRRbot logo was drawn by Featherweight, who does a great many awesome things, and has a Patreon that you should probably check out.

All the code for the bot is in GitHub so feel free to check it out, make suggestions there, or fork it and make your own changes.